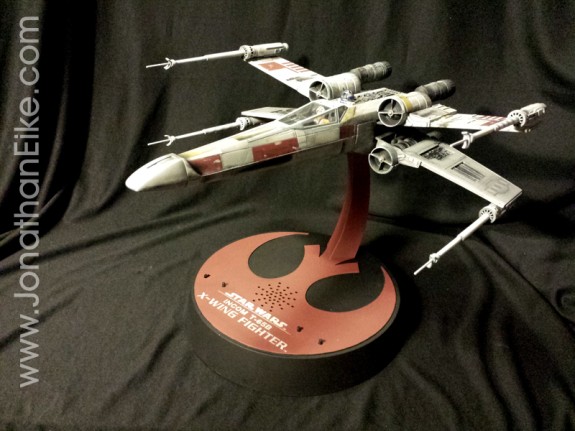 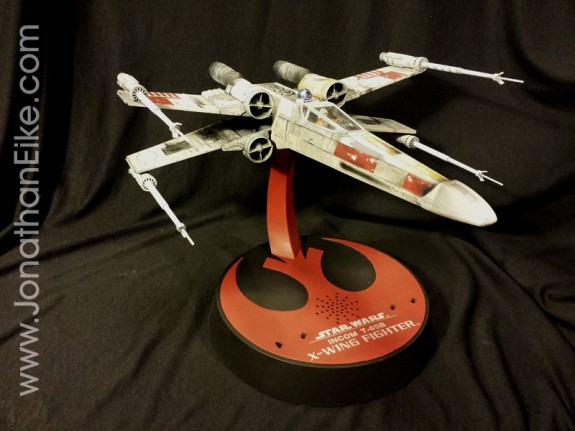 Once the largest X-Wing fighter model kit you could buy, the AMT Pro Ship X-Wing fighter has its share of problems. Lots of other websites have gone into depth in describing all the problems. Basically, it is missing details where there should be and details where there shouldn’t. It’s overall shape it ok and anyone that is willing to make the necessary modifications can build up a very nice representation of the studio model.

I set myself a challenge: build a mostly ‘box stock’ model in around 40 hours and compensating the kit’s flaws only with paint. I did allow myself to make two modifications. The first was the main control panel in the cockpit. I replaced the three simple-looking gauges with a printed representation of the set piece. And the second was replacing some of the inner wing details. All in all I managed to get it finished at around 40 hours, give or take a couple hours.