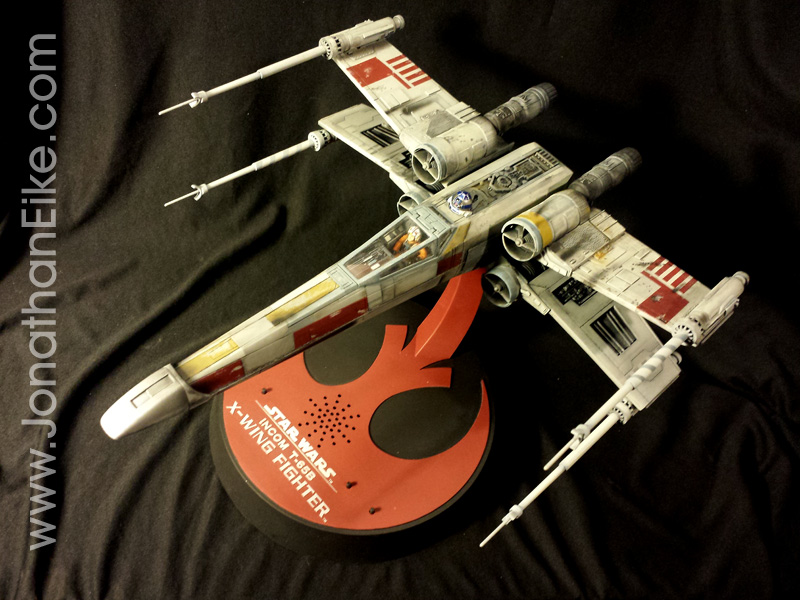 Some time ago I decided to challenge myself to build a model in 40 hours or less. I picked the AMT Pro Shop X-Wing Fighter kit, fully aware of what I was getting myself into. The kit has… issues, to put it kindly. I was determined to do a basic “box stock” build and put all my energy into the paint and weathering application. I did not use any of the kit’s decals. All markings were painted on. I came in just under 40 hours with the results as you see here. 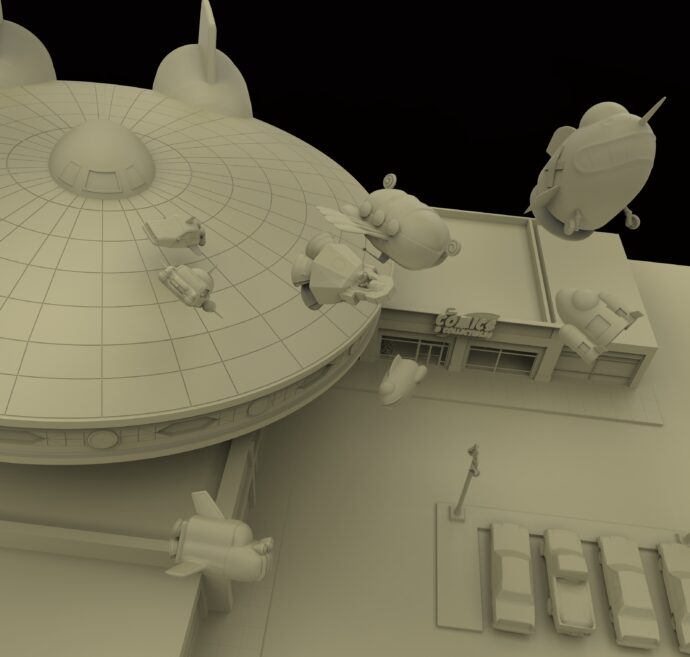 To aid in production of our book, “The Night Before Christmas at the Comic Book Shop“, I created 3D models of the ships and mini mall. All were modeled in ZBrush and rendered in KeyShot. 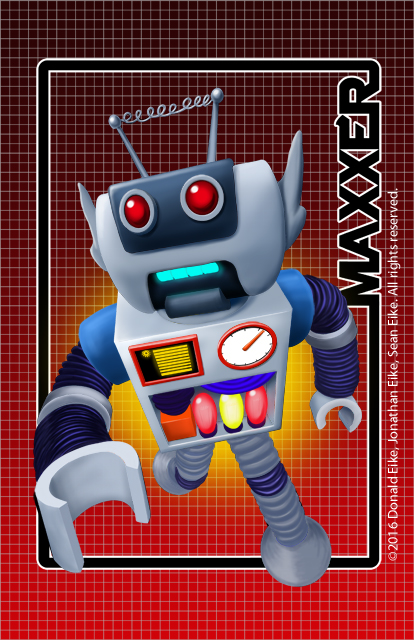 This digital painting was created for promotional material with the release of the book I did with my dad and brother. It was inspired by the artwork for the Transfomers packaging. 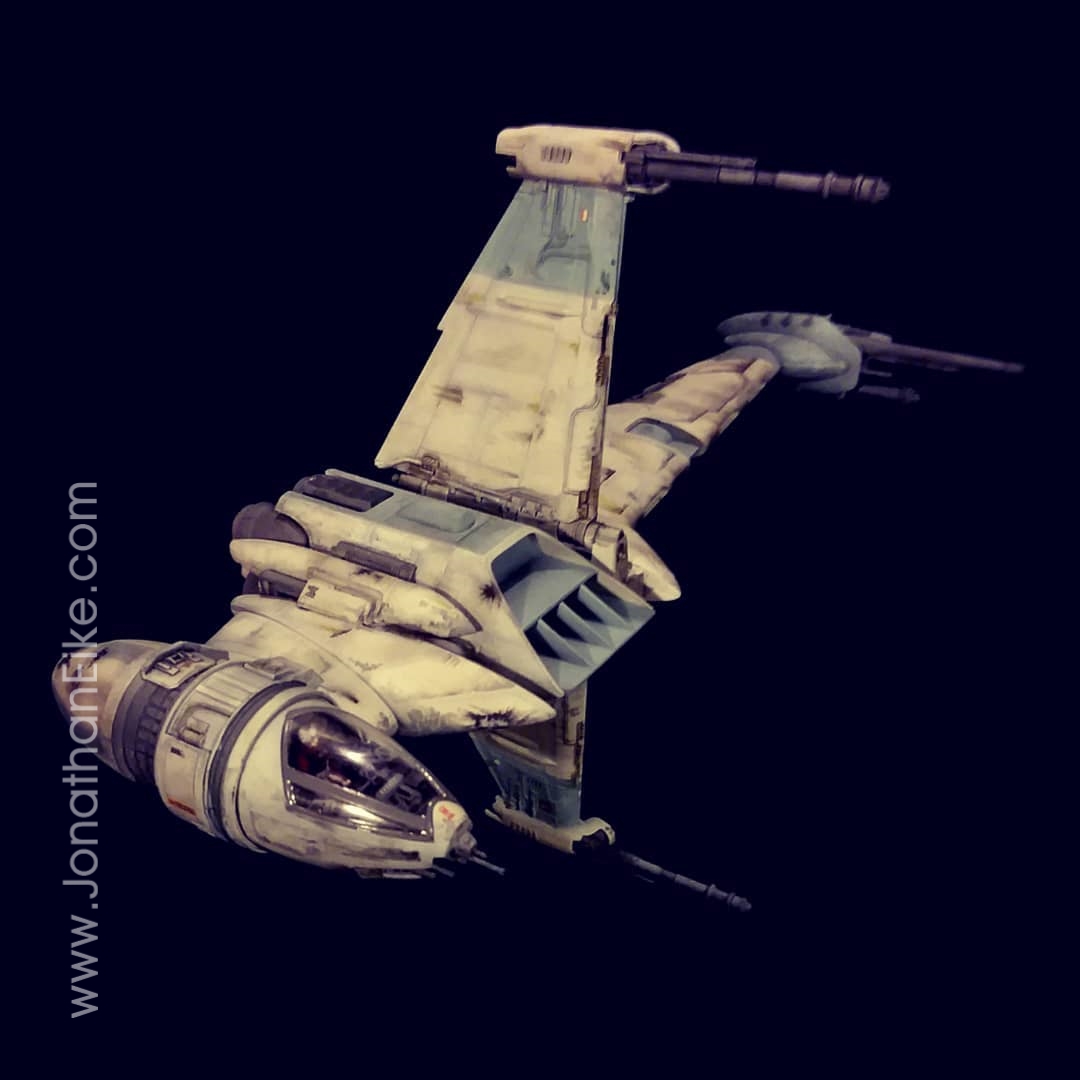 I didn’t have a ton of Kenner Star Wars vehicles as a kid, but I did have the B-wing- and I cherished it. My love for this starship has continued well into my adulthood. So when I had an opportunity to pick up the Bandai SDCC edition B-wing kit, I had to snatch it up.

I have not built a Bandai kit before, but I quickly became a fan after looking at the layout of the sprues. Major sections were divided by the colors of the parts, which would allow someone to build up a nice looking model without having to paint it. Perfect for novices. The layout also made it easy to lay in base colors before removing parts from the sprue, something that I rarely do, but found it rather advantageous here. The parts fit so well that seams were either barely noticeable or well hidden. There were only a couple areas I felt the need to apply glue and putty which made the overall construction a breeze. I only spent part of a Sunday afternoon doing the primary assembly. That left me the next 8 or 10 hours, spread out over two or three weeks, for final painting, decals, detailing and weathering.

Using what reference of the studio model that this version was based on, I did my best to copy most of the details from the miniature. Of course, I added my own bits for taste and whatnot. The results, if I do say so myself, were quite good. I love the way this model photographs. I would be hard-pressed to believe that this model is only about nine inches long, had I not known otherwise. The fine, crisp details really allow for exquisite detailing. 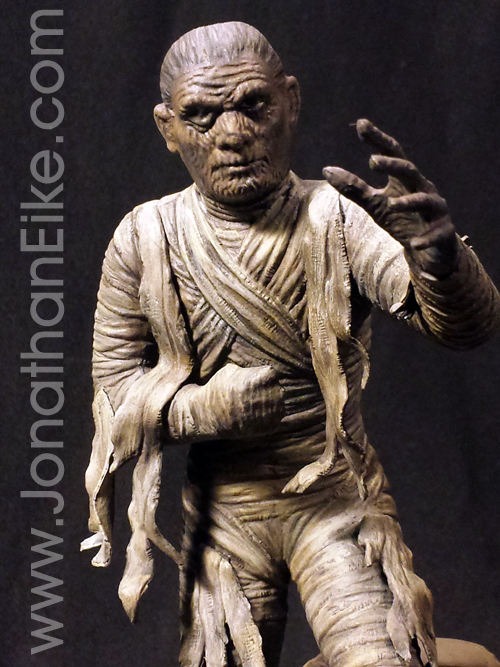 Part of my job at Jay’s CD & Hobby has been to create advertising and other branded assets for the business. Slides for television ads, print ads, sale posters, other in-store signage and more.